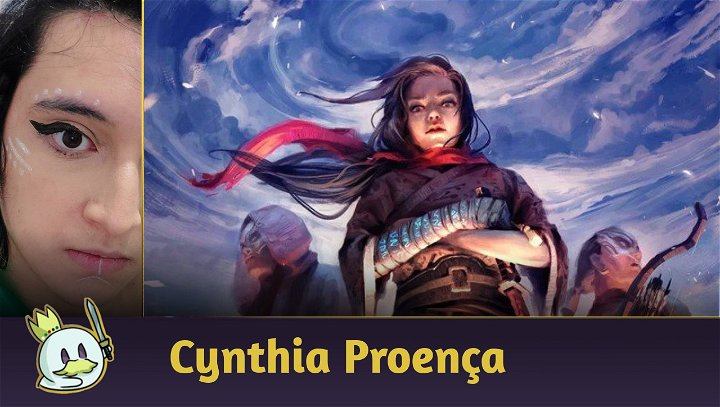 Commoner Guide: Flesh and Blood's Pauper + Decklists to start out!

Do you find Flesh and Blood interesting, but don't want to start out spending much? Here we have all the information so you can get started in the most accessible format, Commoner!

Flesh and Blood has come to Brazil and, behind all the discussion about how the competitive scene will flourish in the country through CC and Blitz formats, little is said about the accessible format, in which budget decks are stronger: Commoner!

In this article I will talk about how you can get into Flesh and Blood’s Pauper format, its pros and cons, and how your local card game store can also benefit from it!

Introduction to the format: Commoner

When I started playing Flesh and Blood, my local store didn’t have Blitz Decks for sale and much less singles to sell, it would sell only sealed boosters and boxes.

A friend of mine bought a Monarch

set as they wanted to build Prism’s deck for Blitz and they couldn’t find singles to sell, and by sheer luck they got a Vestige of Sol and were able to build it. The cards that remained in the box served for me to build my first deck, with the hero Levia and some of the rare cards that were left.

If I wanted to build her deck in its best form, I’d have to open boxes and boxes, and even today in the main selling channels it is hard to find Majestics and Rares. At the moment, though there are scarce common cards, they are much more common than Legendary equipment. So, it is relatively easy and way less expensive to find a Commoner deck which is quite close or the same as the list you wish to get.

This format follows the same Blitz rules, with some changes:

- 40 card decks: including only common cards

- 11 cards in the inventory slots (weapons and equipment): can contain up to 2 rare cards and the rest should be common

- 1 young hero which can be common or rare

- 2 copies of each unique card are allowed

Pros and Cons of this format

Among this format’s pros and cons we have:

- Has its own ban list and it is quite smaller, so veteran players can enjoy the cards that were banned from Blitz or CC once more;

- It’s easy for the store to keep Commoner decks available for new players to try and enter tournaments and get interested in the game;

- Decks in this format can get Upgrades and become Blitz decks little by little;

Main con about this format:

- Some heroes and archetypes are tough to build and use in this format (Dromai, Ash Artist, for instance, which can’t use any of its created creatures, as they are rare).

Do you want to try, and who knows, even build two decks and teach a friend? Here are 3 hero decks which are ideal for those just starting out in this format:

The Welcome Deck hero, known previously as the scourge of the Blitz format, makes her appearance in Commoner! So far the only hero which specializes in the common rarity, Ira, Crimson Haze has powerful cards such as Whirling Mist Blossom and Torrent of Tempo (1) to pressure your opponent with a super aggro go wide strategy.

Ninja is a class with multiple forms of conceding go again to your attacks, besides already having most cards with go again, as the goal is to attack many times in one turn and in the last attack stack damage and use cards such as Salt the Wound and Push the Point (1), dealing even more damage.

Though simple, the passive ability of granting +1 damage to the second attack is strong, and synergizes a lot with the use of two Harmonized Kodachi as weapons.

In a usual turn, we can use two cards from our hand to block enemy damage if we’re under pressure, and in our own turn pitch for 3 resources with a blue card, attack with two Harmonized Kodachi and finish with any 1 cost attack.

Among one of the strongest interactions in this deck, we can use Razor Reflex (1) to guarantee Whirling Mist Blossom connects after the first attack of this weapon for 1 has connected, allowing for a very explosive turn by drawing two more cards! And in a mid turn this deck tends to attack for 7 if it has to block, if it’s beating down it’s practically +10 damage every turn.

This deck’s equipment is also great, we use Snapdragon Scalers to give go again to cards that usually don’t have it, such as Push the Point (1), Breaking Scales to block or to concede more damage to our combo attacks, Vest of the First Fist to grant resources in hand without the need for pitching cards and Hope Merchant’s Hood to shuffle bad hands back to the deck.

Introduced by the Dice Commando list, the guardian Bravo uses attacks with the crush mechanic in synergy with its activated ability of granting dominate and guaranteeing attacks such as Crush the Weak (1) connect for 4 or more damage, causing devastating downsides to our opponents.

Anothos is the deck’s powerhouse, using 2 resources from pitching, alongside Pummel (1), it’s a 10 damage attack with the hammer after the attack reaction!

Guardian is a class whose playstyle consists in big attacks to beat down our opponent, with disruption enough to put a hamper on their turns, and most cards have 3 defense power, which also makes this deck play rather defensively.

In this sense, the hero tends to take advantage of turns 0/1, as even though the opponent might want to use their whole hand to block, it isn’t possible with dominate, putting Bravo in a position of health advantage very early on, which can snowball. In a common turn, we use two cards to block, and in our turn we attack for 7+.

Besides Anothos as a great main threat, we also have access to Helm of Isen’s Peak, one of the best available common equipment in the format, which can be broken so we can pass our turn with more than one card in hand, blocking well and still attacking well in the next round.

Heartened Cross Strap is a great source of resource in hands without cards to pitch, Goliath Gauntlet is used to declare lethal attacks with ease and Ironhide Legs we use to block, in a flex slot with Quelling Slippers.

Dorinthea abuses reactions to attack heavily with its Dawnblade, eventually dealing from 1 to 3 damage even against heavy blockers, allowing that, alongside her ability, we use cards that will grant us go again to attack once more with its sword, putting a damage marker on her sword and creating a snowball in which every turn the weapon hits for more and more.

We need cards that grant go again to our weapon, as Dorinthea’s ability just allows the additional attack, not the action point.

The cards that fulfill this role are Hit and Run, Driving Blade (1), etc. Then, we have multiple buffs in the form of Razor Reflex (1), Ironsong Response (1), Sharpen Steel (1).

In the equipment slots, we have Gallantry Gold and Refraction Bolters as our deck’s stars, increasing attack and granting go again to the weapon in rounds in which we don’t get it naturally with the cards in our hand.

We use Ironrot Helm and Ironrot Plate to block the full nullrune equipment for matchups against wizards such as Kano and Iyslander and even runeblade class heroes such as Chane and Viserai.

Though it is possible to build decks for the Blitz format without spending tons of money with positive results in tourneys, Commoner is also a very beloved format by the community, very cultivated especially in countries in which the game has already found its footing such as the U.S., and it allows for the use of many archetypes, which breaks a little the gameplay pattern of always playing with the same deck competitively.

I believe cheap formats are extremely important so that a bigger portion of the public can get access to entertainment, such as is the case with Flesh and Blood, and which the tendency is for it to grow more and more in our country too!

That’s it for me today, see you next time! Check the metagame page for this deck 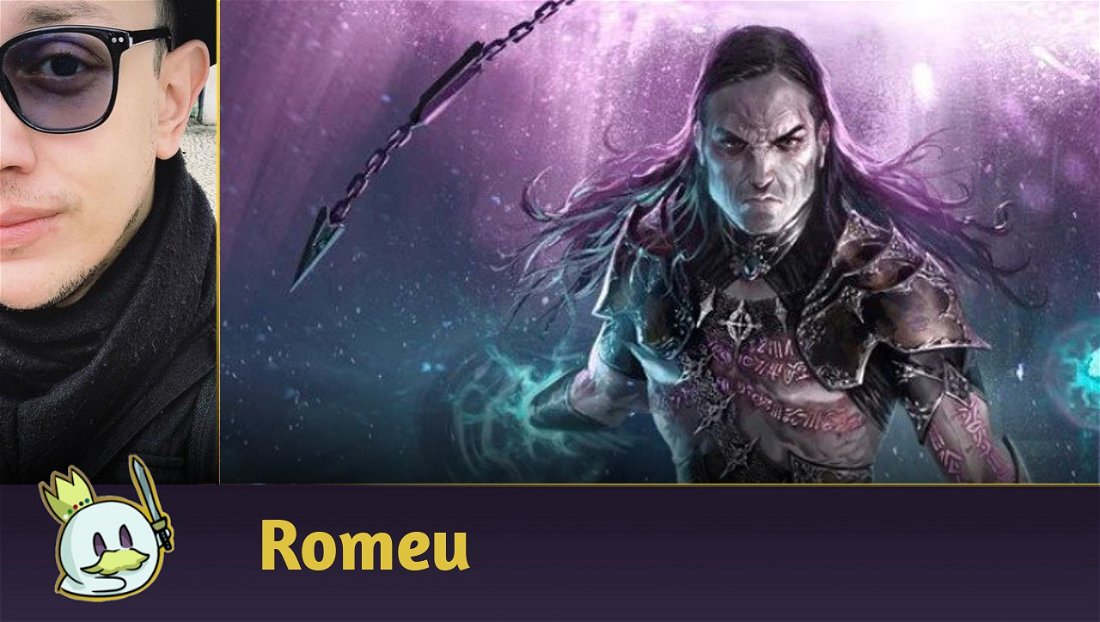 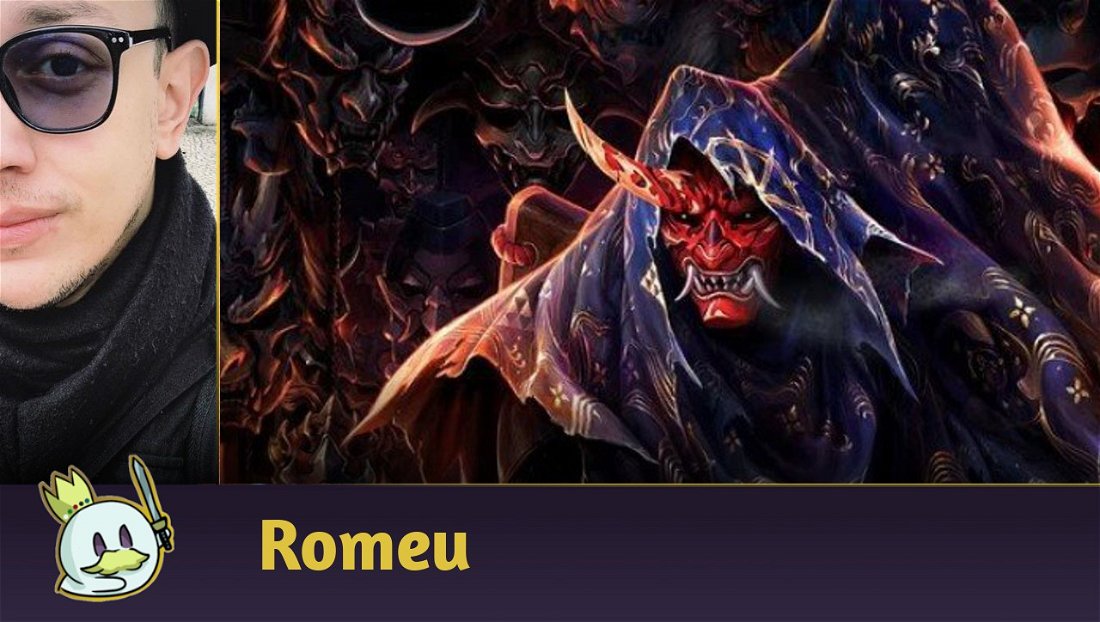 Hi, Cards Realm here! Check out our whatsapp for Flesh and Blood to keep up to date 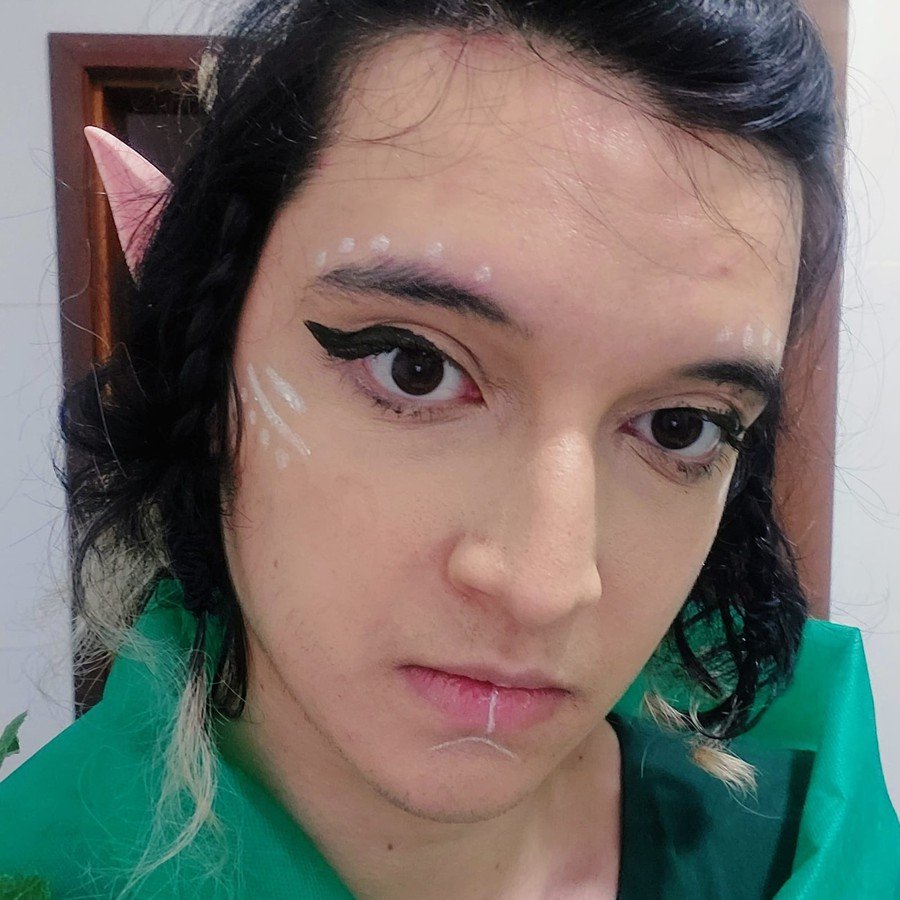 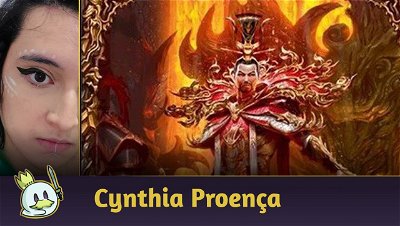 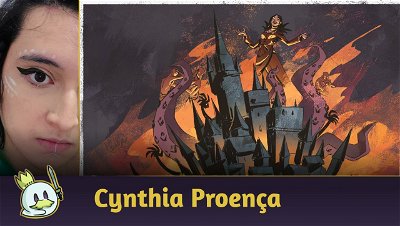 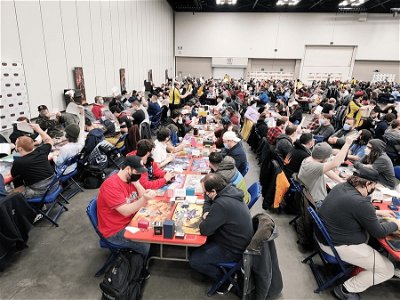 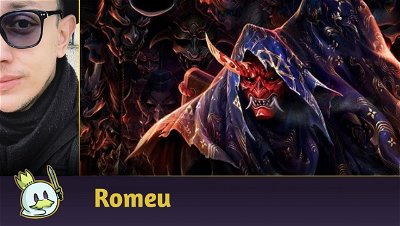 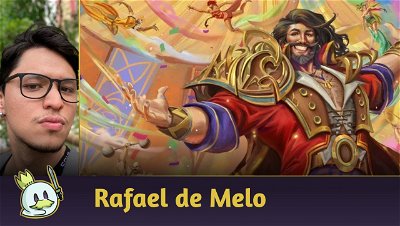 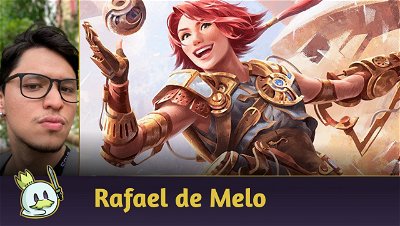 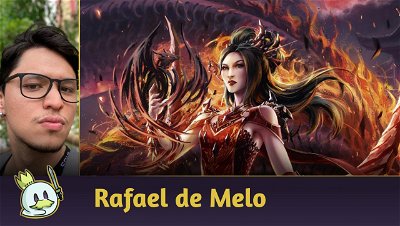 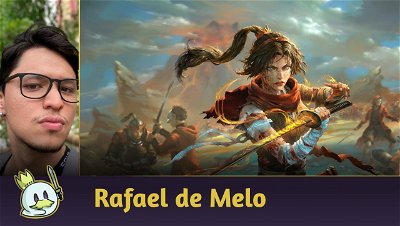 Commoner: Format staples and their utilities 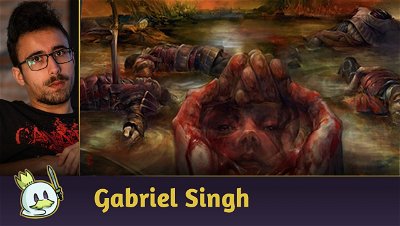 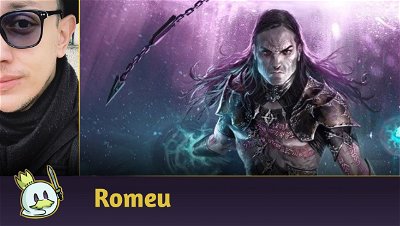 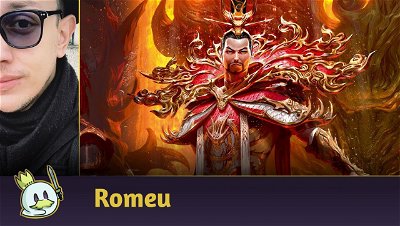 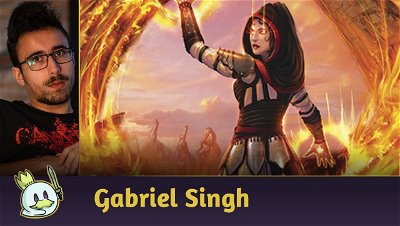 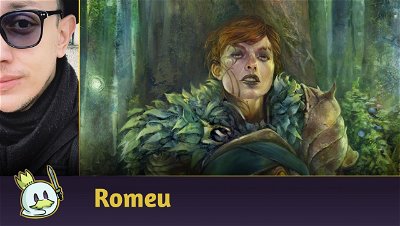 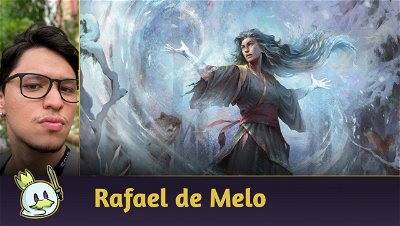 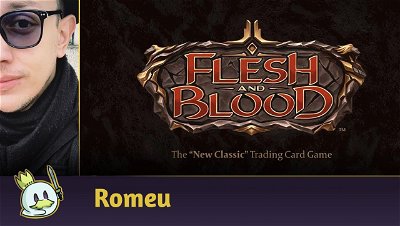 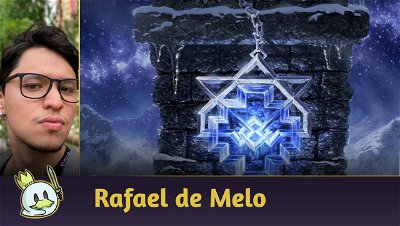 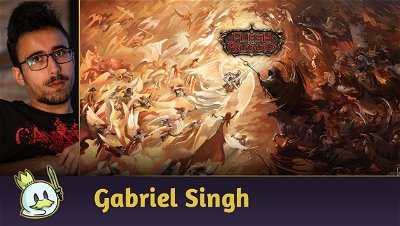 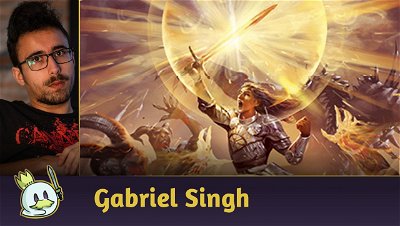